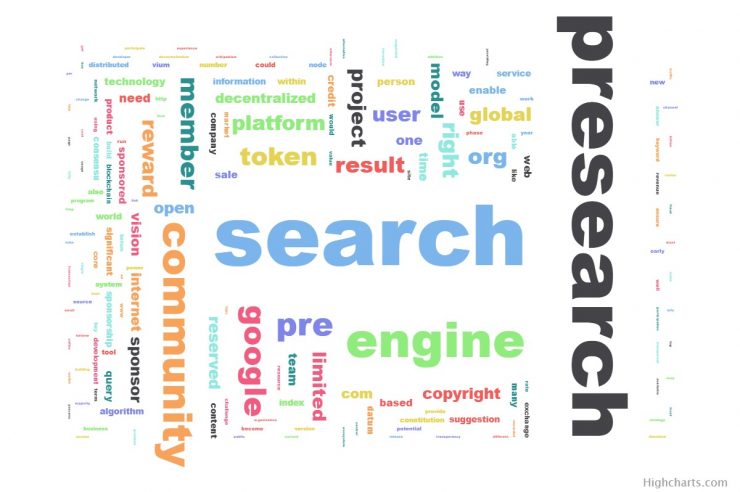 Are you wondering how can make extra cash online doing your normal search? Get Paid in PRE using PRESEARCH search engine. Presearch Engine will pay you in PRE coin to use Presarch Engine to carry out your search online.

The most affected has been the financial sector, but other sectors have not been left undisrupted; industries like education, energy, supply chain, and logistics, music, sports, gaming, gambling, agriculture and more have experienced the power of blockchain technology. Only one industry has been left untouched, the search engine industry where Google holds sway.

There is no doubt that Google controls the Search engine market. They are the big dogs in a highly competitive industry. Although there are other big boys like the Microsoft Bing, Yahoo search and even Wikipedia, Google still controls more than half of that trillion dollar industry.

The negatives about centralized search engine companies are their policy on data commercialization – large search engines like Google have been accused to monetize customer data without their permission. The profit gotten from this monetization ends in the pockets of these companies without a single dime getting to the customers who provide the data in the first place.

This is why blockchain technology and cryptocurrencies will be used to check the excesses of industry giants like Google, Yahoo, and Microsoft in the search engine sector. Decentralized technology always works to satisfy the interests of the customers to the detriment of large corporations who think only about profit.

Presearch aims to replace centralized search engines like Google by creating an open, decentralized search engine that incentivizes its users with presearch tokens (PRE) for using the platform for daily search activities. Hence, rendering the search engine results in the popular search engines you are used to, depending on your settings. This simply means that if you want your result to output in Google search result or bing, you can use Presearch Engine to make your search, get the expected result as well as get paid. Isn’t this better?

According to recent reports, Google controls 77% of the search engine industry market share, with such power google controls trillions of dollars in spending and acting as the doorkeeper to the internet – for one company to have such power calls for the need to have a new community-based search engine.

Presearch which is built on the blockchain will have a transparent database where data generated through users queries are stored and the income gotten from the use of that data is distributed back to the users in form of Presearch tokens.

Recommended: How to Make Money with Bitcoin

The Presearch blockchain platform was built on the Ethereum blockchain with a vision of developing its own blockchain in the future. Presearch aims to use blockchain technology and Artificial intelligence to search through the internet and present users with the results they search for.

According to the presearch team, the search engine should not just be controlled or monopolized, rather, should be a community-driven search engine governed by the community and powered by blockchain technology and Artificial Intelligence.

The native token used on the presearch platform is the PRE which is ERC 20 compatible because it was developed on the Ethereum blockchain.

The project aims to make much-needed change to the search engine industry, Google has already created a solid foundation in the industry and it will be a very hard task to really replace Google, but with an innovative mode of operations presearch can change the way we use search engines which will automatically make big corporations and industry leaders rethink their policy and make needed changes that are more community driven and make the internet a better place for everyone involved.

Search and Get Paid With Presearch Token (PRE)

There has been an influx of blockchain projects, some promising the world and failing to deliver, while others have delivered on their promises but modestly. The great thing about blockchain is that there is always a new startup brainstorming on the next big idea that will change the world and have an impact on the lives of millions of people worldwide, one of such blockchain projects is Presearch.

With presearch, you can search just like on Google, but the difference here is you get paid for any search carried out with their search engine. If I may add, the Presearch search engine is a decentralized search engine powered by blockchain technology and Artificial Intelligence.

For newbies to the blockchain space, you might be wondering, “what is a decentralized search engine, and how is it different from the Google I use now?” For you to understand this you need to have an idea of what decentralization is.

Decentralization in the simplest of definitions simply means spreading the storage of a platforms data to prevent it from being stored in just one medium. This means data can be stored on different micro servers all around the world. Decentralization makes a platform more secure and less prone to fraud and centralized control.

A decentralized search engine will not be controlled by a single entity, this means search engine results cannot be manipulated to the advantage of the highest ads bidder as seen most times in Google search where the first 3 results might be paid ads. Decentralization will also help customers have complete control of their own data and give them the opportunity of making money from data they created.

This is where presearch comes in; with Presearch decentralized search engine you can earn money surfing through the internet.

How to get paid using the Presearch decentralized search engine

Getting paid using presearch is really simple and one of the easiest ways to earn cryptocurrency online. Every day an average internet user completes over 10 searches on the internet, with presearch those searches can be turned into tokens.

The first step to earning with presearch is to sign up on www.presearch.org, on the website you will see where it is written “click here to request an invite”click on it and go ahead to create your account

After you’ve created your account by filling all relevant information and submitted the form you will receive a message to your email saying “thanks for requesting access to presearch, you have been added to the waiting list. You will be notified when you’re approved”

Will you also see a message saying “are you a presearch token holder? Click here for quick access”.This is for people that already have PRE tokens gotten from exchanges, bounties or airdrops. Having presearch tokens makes your application process faster.

But if you don’t have presearch tokens and applied normally, in a few days you will be notified by email that you have been approved.

You can also set up a two-factor authentication to make your account more secure. After that you can start earning presearch by using the presearch decentralized search engine.

To earn tokens faster I recommended you download the chrome or Firefox extension and make presearch your default browser. Any search using the search engine will give you 0.25 PRE added to your account. You can make up to 8 PRE a day if you complete just 32 searches.

With the current price of presearch, you can make up to$40 worth of presearch tokens a month. Presearch is already listed on top exchanges like Yobit, Hitbtc and Coinexchange. You can sell them on these exchanges and turn them into Bitcoin, Ethereum or any fiat.

What are you waiting for? [button-red url=”https://www.presearch.org/signup?rid=566340″ target=”” position=”left”]REGISTER ON PRESEARCH AND START GETTING PAID FOR YOUR SEARCH[/button-red] 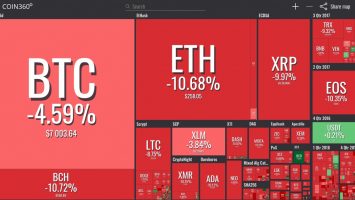